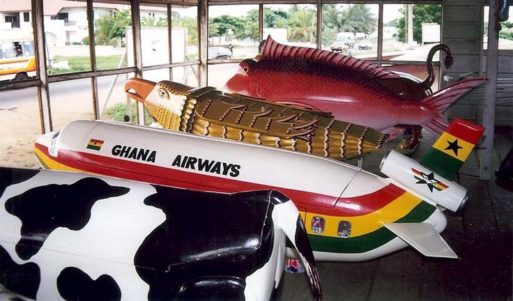 Funerary tourist attractions? It may seem like a long stretch, but the fantasy coffin market in Ghana has brought in tourists from all over the world eager to catch a glimpse or two of the weird and wonderful caskets. If ever you’ve thought of wishing a loved one a fond farewell in a coffin-shaped as a lion, plane, mobile telephone, bottle of beer, or a large shoe, you will find these odd creations and more, in Accra, the capital city of Ghana.

Joseph Ashong, known as Paa Joe locally, began making custom fantasy coffins in the 1950s at the age of just sixteen years old. Having learned the craft of carpentry from his uncle, Paa Joe began fulfilling what became an instant craze: the fantasy coffin. Once the sole entrepreneur in the fantasy coffin business, you can now find a number of vendors within the busy streets of Accra.

The coffin’s design is meant to represent something important in the deceased’s life, a fish coffin for a fisherman, or a sewing machine for a seamstress. The coffin may be symbolic of a particular passion or vice, such as a beer bottle or a cigar. Tradesmen tend to be buried in coffins shaped after something that pertained to their work, such as a fishing boat or a hammer, while chiefs of the coastal Ga people will usually go for the more opulent symbols such as an eagle or lion.

Anything goes with fantasy coffins, as no request is too odd… although it will cost you. Your average fantasy coffin can cost over four hundred dollars, which is more than a year’s pay in Ghana.

The fantasy coffin is a funerary rite of a modern construct with more ancient roots. The dead are never really ‘gone’ to the people of Ghana, but merely have transitioned over into the spirit world. It is believed that the living family of the deceased may be able to gain favor from the spiritual realm through properly honoring the dead, because of this Ghanaian funerals tend to be lavish affairs, and hence the expensive, personally carved casket. As it is also believed that a proper burial can protect the dead in the spirit realm, communities often band together to help a local family with the costs of such an expensive, luxury item.

Source: Funeral Rites and Rituals Around the World 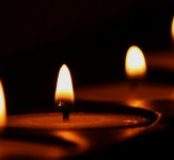 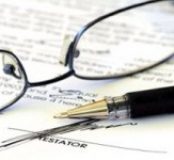 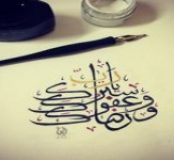